History and Culture of Vieques

History of Vieques: from Taíno indians to political protest 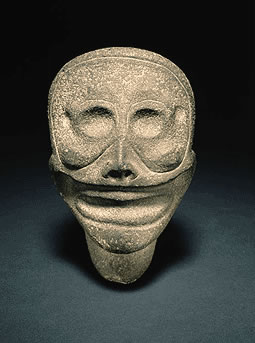 In the beginning of the 16th century the Spanish managed to wipe out the last of the Taínos on Vieques. Their chiefs, the brothers Cacimar and Yahureibo are the only ones known by name, that lost their lives to the Conquistadores. A good book about the Taínos in Puerto Rico in general is The Taínos: Rise & Decline of the People Who Greeted Columbus.

Deborah Santana writes, "Some of the oldest human remains in the entire Caribbean -- over 4,000 years old -- were found in sector La Hueca in Vieques. I myself have visited this site, where great granite boulders were placed ages ago in a "mini Stonehenge". It is apparently a sacred place, and certainly feels that way too. There are hundreds of archaeological sites, and many experts feel Vieques holds the key to Caribbean indigenous history."
"Although the Navy closed its Vieques bases on May 1, 2003, the lands are currently controlled by the US Fish and Wildlife Service -- who are still enforcing restrictions against local use or independent scientific study of the archeological sites."

From the late 1600's to the early 1700's British 'subjects' (= pirates with consent of the crown) try to overthrow the Spanish on 'Crab island'. The attempts fail and in 1811 Don Salvador Melendez, governor of Puerto Rico, sends Juan Rossello to begin the systematic colonization of Vieques.

In 1816 Simón Bolívar, the 'Great Liberator of the Americas', visits Vieques. Whether the Spanish loyalists that fled from his movement were there to greet him and converted or how much influence he had on the rebellions to come - nobody knows :) (see People of Vieques).

From 1832 to 1843 Vieques is administered by the frenchman and J.J. Maria Le Guillou who serves as the political and military governor of the Spanish Colony of Vieques. He is commonly referred to as the "Founder" of Vieques (His tomb, 'Las Tumbas' are in the National Historic Register and can be found at 200 Santa Maria Rd. in Isabel Segunda).